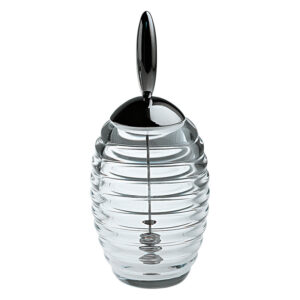 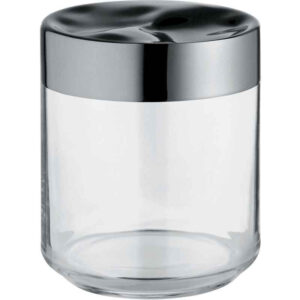 Sugar castor in PMMA, green. With its anthropomorphic appearance, this sugar castor is a representative icon of Venturini’s style. It was conceived as part of the F.F.F. (Family Follows Fiction) metaproject, an operation in the early 1990s that aimed to explore the affective structure of shapes and objects, starting from the idea of reproducing the object creation process followed by children and primitive cultures. The result is a family of playful objects reminiscent of fairytale characters: they offer attractive answers to everyday uses, they suggest mediation through playing, and they’re a bridge to the world of the imagination. 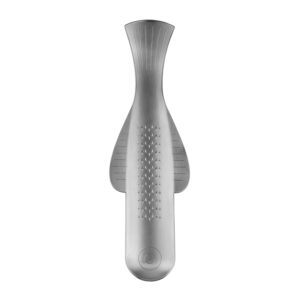 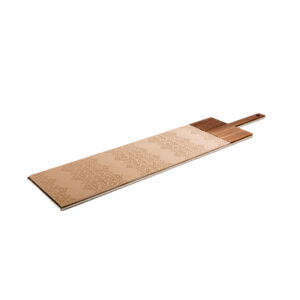 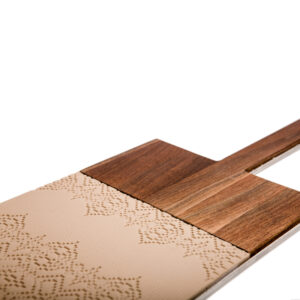 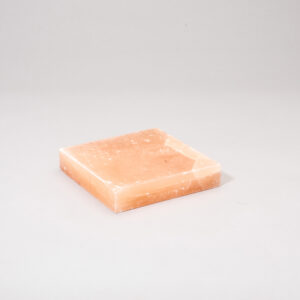 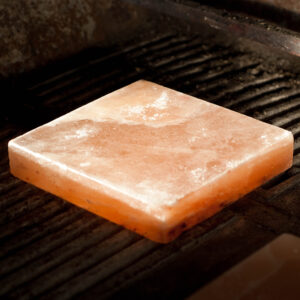 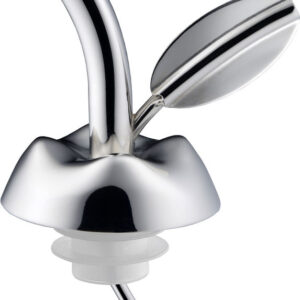 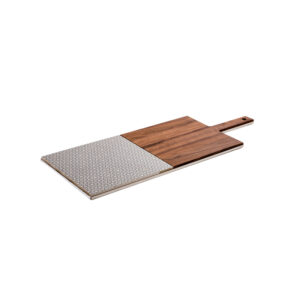 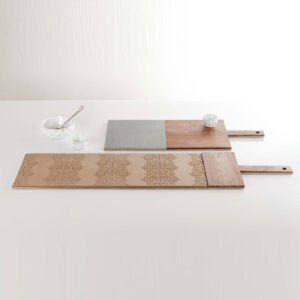 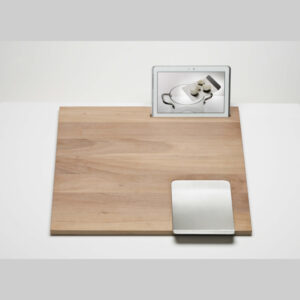 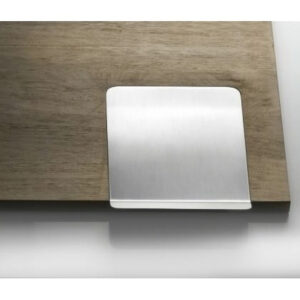 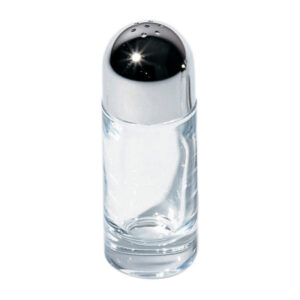 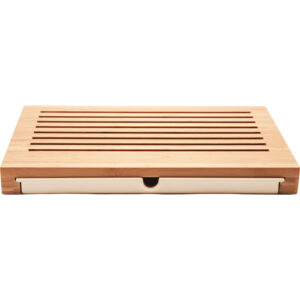